On the 2nd week of my course, our lecturer has also given us handouts of 3D car proportion drawing starting from grid boxes. We are asked to watch the videos given by our lecturer in Moodle to see how to draw perspective drawing from 1 point angle perspective and grid box drawing. 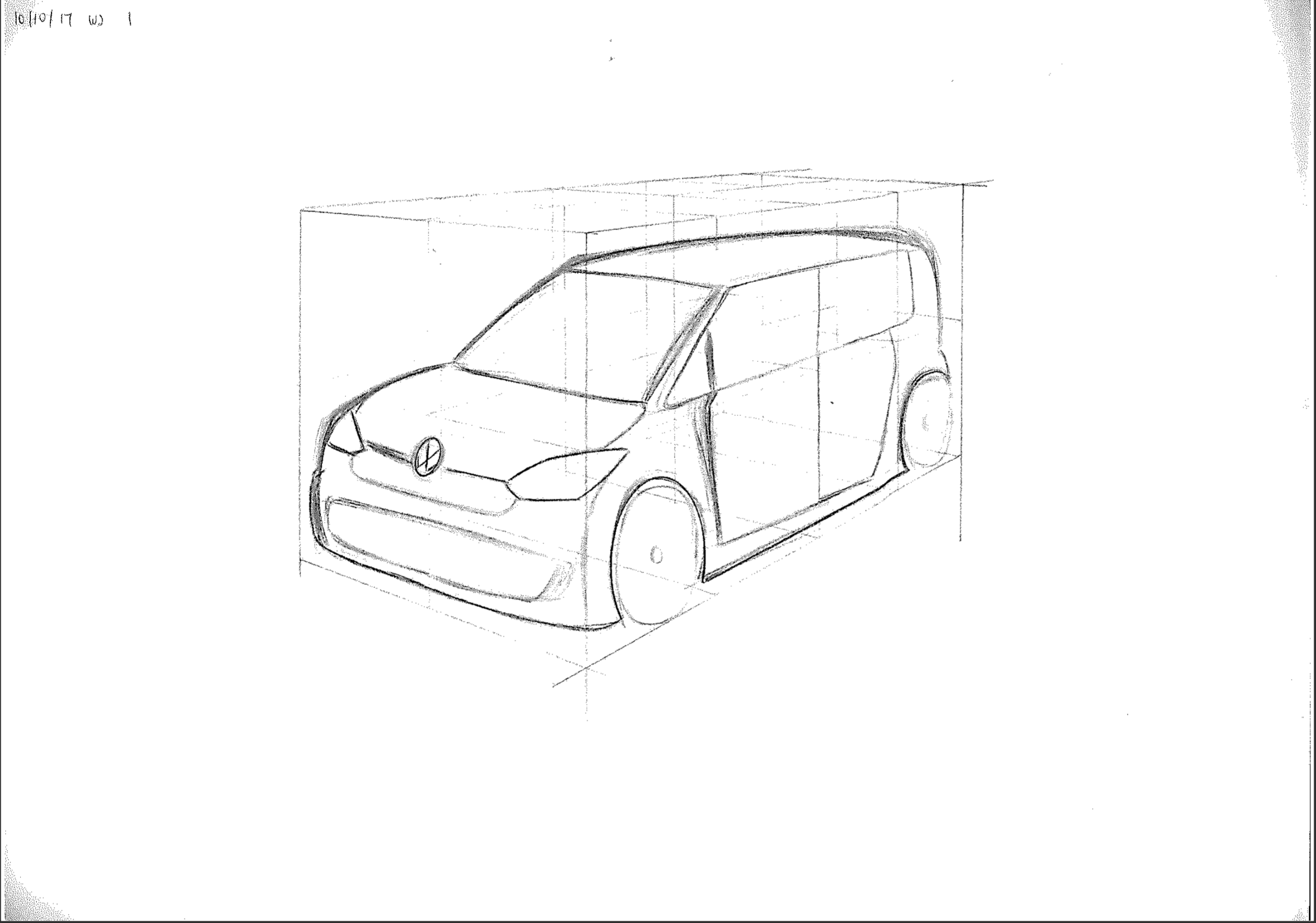 As shown is a drawing of the Volkswagen Up under a grid box trace that I have done and followed from the video shown by our lecturer in Moodle. I can see that my proportion of the car is off and the angle of the ellipse (wheels) is off as well. Other than that the proportion of the doors are also off due to the smoothness of the line work and also the bottom line of the door is not parallel to the base of the car. In short, the car looks like it is too attached too the grown and the car looks like it does not have much structure.